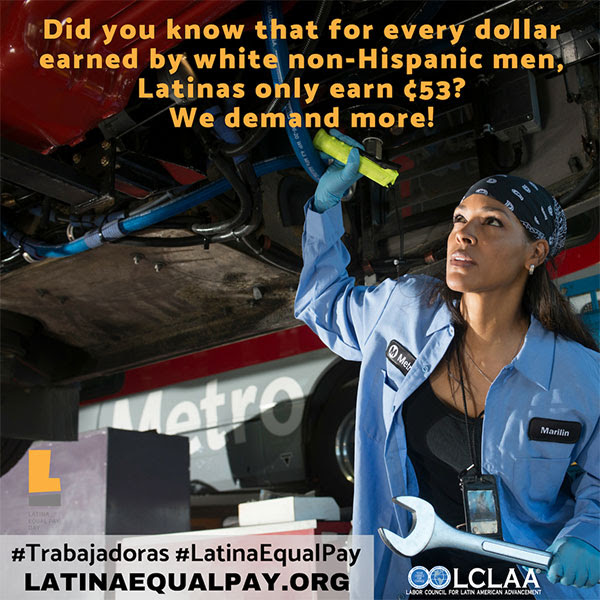 More than 50 years after the passage of the Equal Pay Act, women still get paid less for the same work. But women of color—Latinas especially—experience the widest wage gap for the same jobs.

While it’s shameful that women are still fighting for equal pay, there are steps we can take to close the gap. The best way is to join a union. Through union contracts, women have closed the wage gap and received higher pay and better benefits. In fact, union women earn $231 more a week than women who don’t have a union voice.

When women are represented by unions and negotiate together, they have the power to create a better life.

Check out some facts below about Latina Equal Pay Day, and learn more from AFL-CIO Secretary-Treasurer Liz Shuler here.