After persistent resistance from management, nearly 2,700 workers in United Airlines’ five catering kitchens are exercising their right to organize with UNITE HERE. Coming months after 76% of eligible catering employees filed for a union election with the National Mediation Board, the vote is currently being held until Oct. 23. 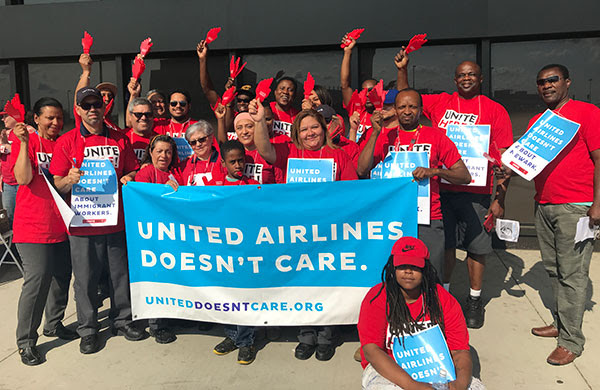 Spanning five cities, this vote represents one of the largest union elections in the Newark, N.J., Houston and Denver labor markets in nearly a decade—as well as a major effort in Honolulu and Cleveland. Share a message of solidarity here, and check out a few key facts below.

The efforts by Catering Operations workers at United to join together in union have been endorsed by nearly 100 federal, state and municipal elected officials, including six members of Congress and three U.S. senators.